muzzleloadermag.infopop.cc
Favorite gun?
This topic can be found at:
http://muzzleloadermag.infopop.cc/eve/forums/a/tpc/f/20610091/m/1574023148
Walkingeagle
Favorite gun?
Things have been slow around the fire lately so I thought I might fire up some good ol'fashioned, cantankerous discussions about our favorite rifles, and why. Fresh coffee is on, pour a cup and pull up your stump, here we go....

My personal favorite, even considering I own only three and one is a parts build of my own hands, is my GPR .50 flint to cap conversion. She ain't fancy boys but she balances nice, shoots great and is easy to carry. I love the look and overall feel (I built her from a flint kit) and when I converted her to a cap I had to do some filing work to accommodate the drum and forge myself a hammer. I have hunted with her and am very confident in her abilities. My opinion, she can't be beat!!

Your turn.
Walk
Hanshi
Walkingeagle, I do so like these kinds of threads. Tough decision but it would have to be my .45 flintlock. It has been my primary deer taker for years and has never let me down. One shot is all it has ever needed then "curtains" for said deer. How about photos of these guns; I dearly love "gun-porn". I'll even go first.

Boartooth
Welll,I only have the one,which I've never fired,but I do like the feel and heft of my .69 Charleville repro.At the risk of sounding like a broken record,I intend to fire it this spring,after things warm up....Hopefully....

Rancocas
My favorite is my homemade Southern Mtn. Rifle. However, I did not follow any particular school when I built it out of gathered parts back in 1998. It has been my number 1 deer taker ever since I made it.

It is a left-handed, percussion, .50 caliber, with a 42 inch long barrel. It weighs in around 9 pounds. I inlet a brass 8-point star on the cheek piece, and carved a crude but simple "C" schroll behind the cheek piece. It is finished with a dark oak stain, browned barrel, and iron furniture. I don't care much for the deeply curved butt plates found on most southern mountain rifles, so I built mine with an early Lancaster style butt plate that only has a moderate curve.

However, my prettiest gun is my chunkgun. It has a beautiful figured maple stock, a back-action percussion lock, left-handed of course, and the .50 caliber barrel is 46 inches long and 1 1/8" across the flats. It weighs in at about 16 pounds. It was built for me by Paul Swanson of Rockford, Illinois.

Sorry, but I am pretty much computer illiterate and I don't know how to put pictures in here.

Loyalist Dave
Well my favorite is Trudy, my .54 caliber, PA Mountain Rifle from Cabin Creek. I bought her used, and she shoots way better than I can, meaning from a sandbagged spot on a bench vs. from my hands. She's very plain.., very little hardware in brass, and a single trigger.

I've been working on a .40 caliber mounted in steel, but haven't found the right load yet. Her name is Patience.

Walkingeagle
Hanshi, here is a couple pics of the ol'girl mentioned above.
Walk
[URL=

Hanshi
Now, that is a handsome rifle, Walkingeagle! Thanks for the pics.

Osprey
I'd have to say my favorite is a .40 Bedford percussion I built a few years ago. 13/16" straight GM barrel. Just a fun gun to shoot, have killed one deer with it, and it's always the one I grab for woods walks and fun matches.

Several others are favorites for specific tasks, or becuase of special memories on the build or hunts, but that little Bedford is a fun and prettly little rifle.
RonC
My favorite is a Neill Fields Lancaster/Beck (sort of) rifle .50 cal built in 1991 using an original H.W. Mortimer lock from the 1800 to 1820 period. The other is a Hawken style rifle: Ron
Walkingeagle
Two very nice rifles Ron.
Walk
RonC
Thank you, Walk.
I am fortunate that there are talented people out there who can make such fine traditional firearms.
Ron
Hanshi
Yes, Ron, those are two stunning rifles. I particularly like the Beck. All mine are plain but "perfect". Now, my definition of "perfect" is probably a little different from how others might define it.

A featherweight .36 SMR; accurate/powerful when needed. RonC
I enjoy sharing photos of the muzzle loaders in my possession. However, sometimes I am concerned that I'm just showing off.
Should I flaunt the fact that I was at the right place and time to land a fine firearm at an affordable price that was built by someone else?
Then again, it is fun to share photos of wonderful workmanship and see the muzzle loaders of others.

You would be surprised where I developed my love of maple tiger striping and walnut burl. It comes from my Bluegrass banjos! 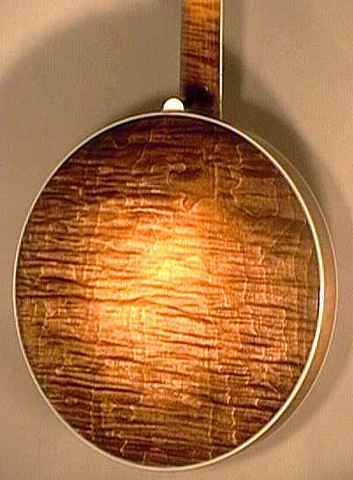 And a photo of me playing: Boartooth
Hanshi, I really like the looks of that .36....It's hard to describe what I like in stock and overall design,but that is one....

The best thing about owning a dog is that someone is happy when you get home.

Hanshi
All three of those look good and like they absolutely do go together, Staley.

Your hair is thinning, Ron.

quote:
Originally posted by Hanshi:
All three of those look good and like they absolutely do go together, Staley.

Your hair is thinning, Ron.

That is a nice setup! The horn is really attractive. How was the color applied?

And, Boartooth, whatever makes you think that my hair is thinning? It is past tense: my hair has thinned out of existence. 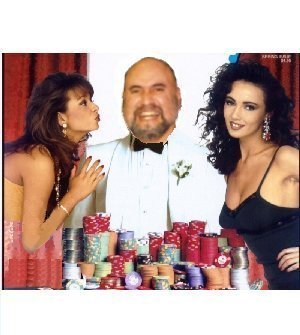 RonThis message has been edited. Last edited by: RonC,